The Art of Illumination

Yesterday I attended a class on Illumination that I had really been looking forward to. Illumination is the lavish artwork that was produced during the Medieval Period-first by Monks to illustrate manuscripts. The process was very involved, and usually included a parchment maker, a scribe, and one or more artists or illuminators.

The class was based in spirituality and attendees were encouraged to pick a favorite bible verse or spiritual quote, write it down, and then decorate it by hand using a variety of mediums. Some of the pictures people came up with were amazing - I wish I had taken pictures! - and many were intended as gifts. That morning when I re-read the class description I noticed that attendees were invited to use the mediums supplied or bring their own. Well that was all I needed to know, and I promptly packed my crop bag. I did try to limit myself by picking out a color palette ahead of time, and I packed a few stamp sets though I was pretty sure I was going to try and stick with the Fabulous Florets coming out in Stampin' Up's new Summer Mini-Catalog. The other set I brought along was Nature Walk - one that proved quite popular as other artists borrowed the flowers and butterfly to embellish their garden themed projects.

Having an abundance of Poppy Parade card stock - I have had a hard time warming up to this one - I knew I was probably going to be using it with the Poppy type flower included in this set. At the last minute I also grabbed my bag of Smooch and Shimmer Paints - though I had no idea that the word Illumination is also thought to refer to the Gold Leaf that was part of this art form. Here is what I came up with: 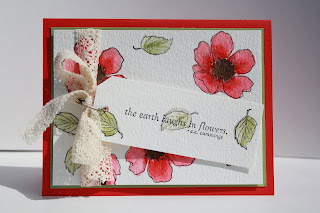 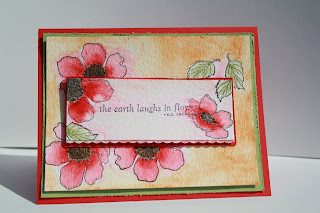 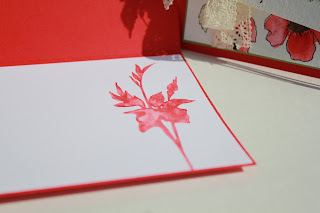 On the card fronts I used a combination of Stayz On ink, Poppy Parade, Blushing Bride, Peach Parfait and Pear Pizzazz Stamp n Write Markers, my Aqua Painter, Log Cabin Smooch (in the center of the poppies) applied with a paint brush, Vanilla Shimmer Mist, and Champagne Mist Shimmer Paint.

On the insides I used the Leaf Stem stamp with Poppy Parade that I misted with Vanilla Shimmer before stamping. The pictures really do not do these cards justice - the shimmer is beautiful!

Anyway the idea was that whatever was created during this class comes from inside, and though I did not necessarily follow the directions by picking a verse from one of the many wonderful books provided I did create something beautiful that came from within. And that is how I like to share my art with the world!
Posted by Katherine at 7:45 AM

Thanks for leaving a comment - I love to know what you think! 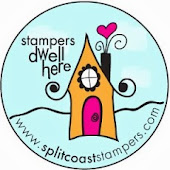 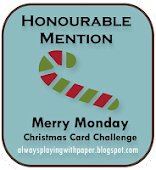 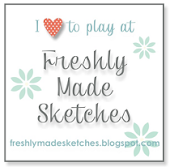 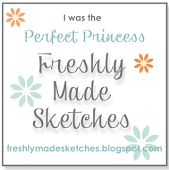 I Was A Winner! 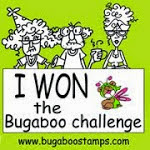 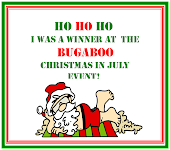 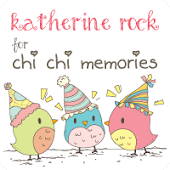 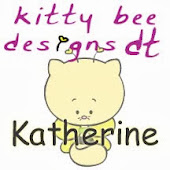 Hi! Welcome to my blog. This is where I share my love of stamping, scrapping and paper crafting. My interest in Stamping began in 1994 when I purchased my first stamps to make my own holiday cards. A few years later I found my first Stampin' Up! Demonstrator and actually learned how to use those stamps! If you are new to stamping I would love to be your Stampin' Up Demonstrator. Please visit my Stampin'Up Demonstrator Business Website. Thanks for stopping by and please leave a comment to let me know you were here!

Looking for a Challenge?